Wrapping a record is always an interesting thing. Something I’m so focused on and spending all my spare time with is now finished. But getting to look back at how the entire process went is fun. Working and hanging out with my friends, playing and recording with rad gear, and creating a work of 10 songs that we’re all damn proud of is exactly how it should be. I’m very excited about this record.

We dug into some cool tones using a few combinations of gear. On the recording side, a mix of Daking, HHB, API, and Rupert Neve pres and DBX, ART, and Lindell compressors were used on the way into an Apollo 16. The mic selection was kept simple. Various Audix dynamic mics, some SM57’s, Nuemann TLM103, a pair of Audio-Technica AT4040’s, and a few others did most of the work. Once it hit the computer, I used some of the UA and FabFilter plugins. But I kept that light. The tones were the way we wanted them on the way in. No need to get in the way of the rock & roll.

Drums. Everyone loves drums. And everyone loves Jake Dwiggins. Jake can play the hell out of a drum kit. His meter and controlled chaos makes everything else come together in just the right way. We used an SJC Drums 60’s kit. After checking out a handful of different snares from Ludwig, Pork Pie, OCDP, and SJC, we landed on an SJC 7×14, 6 ply maple snare drum. It had the blend of body and cut that the songs needed. We were left with some really awesome sounding drum tracks to build the record from.

Bass next. Tiffany throws down her unique playing style into the rhythm of the song giving it a texture that locks in, but stands out on it’s own. We used Tiffany’s Japanese Jazz Bass into an Orange AD200 and then onto an Ampeg 6×10. The tone was kept fairly dirty with a fuzz pedal handy to push it over the top, when needed. These fuzzed bass sounds put with the punch and thud of the drums really set the foundation up right.

Then comes my guitars. With drums being my primary instrument, I really love playing rhythm guitar. My setup with pretty straight forward. I used my Gibson Les Paul Jr and Mario Guitar Jazzmaster on just about every song. The Orange A30 combo and Rocker 30 amps handled all of my guitar tones perfectly. The Oler Audio Boost and Yellowcake Furry Burrito pedals were used here and there. These are some of my favorite guitar tones ever.

Time for face melting leads. Dean is the coolest of the cool. His thought for structure, harmonies and texture ideas for expanding the vibe of a song absolutely blows my mind.  A Gibson Les Paul Goldtop is the weapon of choice here. He pulled out the Dr. Z Carmen Ghia and a Fender Pro Jr to get a nice range of sonics. The Teletronix Mullholland Drive and Ibanez TS808 were used to sculpt tone and get way nasty, when needed.

For vocals, I set up a Neumann TLM103 and threw some blankets over mic stands to create a controlled area within a larger room. My vocals aren’t crisp or precise. Pretty much yelling. So I end up running them through a compressor or two and that’s all I care to do, for this record. Dean’s vocals were done the same way. Any doubled vocals were tracked twice. It all feels and sounds real.

This record came together perfectly. It packs a punch and I can’t wait for everyone to hear it. 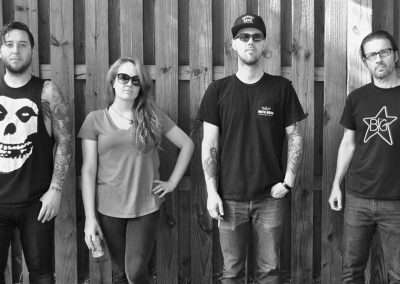 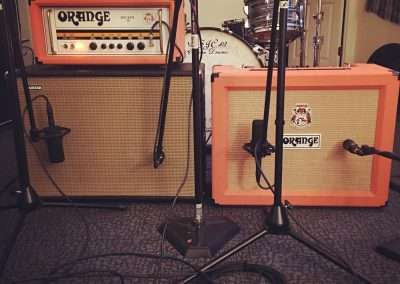 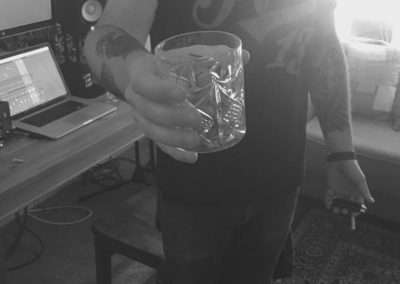 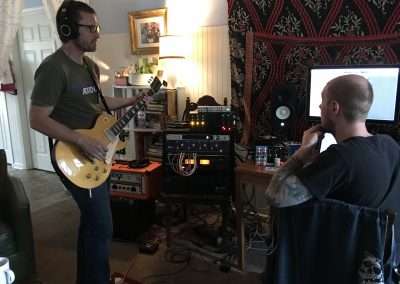 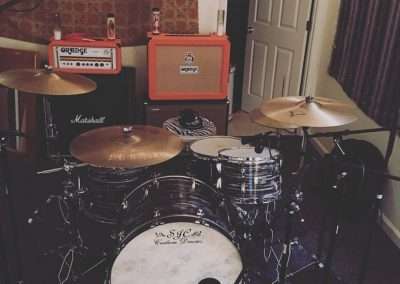 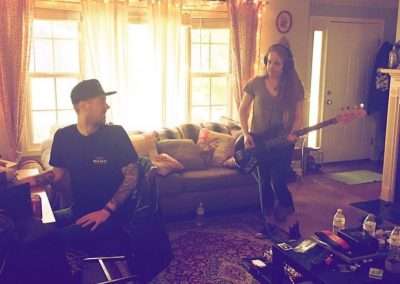 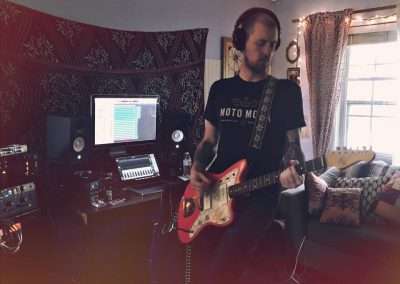